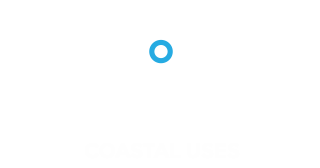 CIDCO data were collected as part of the Cimetière du Saint-Laurent project in cooperation with Mr Samuel Côté in 2013 and with the Musée Maritime du Québec in 2014 as part of the Acquisition de connaissance sur les épaves du Saint-Laurent financially supported by the Ministère de la Culture et des Communications du Québec (MCCQ). This initiative is aiming at documenting the status of St. Lawrence shipwrecks and fostering the dissemination and valorization of Quebec's underwater archeological heritage. 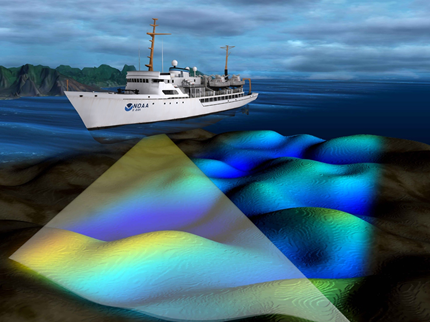 The digital visualization of the wrecks in 3D is obtained thanks to a multibeam echosounder, the RESON SeaBat 7125 SV2, fixed on the hull of the hydrographic vessel, the FJ-Saucier. Then, data are processed with CARIS HIPS&SIPS software. The echosounder send acoustics waves on a broad sector under the vessel in order to get a depth measurement (e.g. fig.1). This bottom echography records by the means of a group of dots 3D, the form of the seabed and structures which rest there. The quality of the collected data and the resolution of the images could be influenced by the depth of the wreck and by the surface conditions during data acquisition. The digital model was thus adjusted the most accurately to represent the actual wreck. Despite all these fitting differences persist between in situ wreck and the digital model. On the figure, color means depth, cold colors indicate greater depth whereas warm colors indicate the shallowest zones.

On the left: Realization of a sound speed profile from surface until the bottom. This measurement is essential to determine a precise depth from the echosounder located under the hull of the vessel.

Medium: GNSS station installed on a known geodetic point on the ground. This station records and sending GPS corrections on the vessel in real time (RTK) in order to obtain a horizontal and vertical position below 10 cm of precision.

On the right: Installation of the multibeam echosounder between the two hulls of the hydrographic vessel, FJ-Saucier. This device measures and records the depth under the hull of the ship.

Data was gathered by the CIDCO during the summer 20013 and 2014 during the project “Cemetery of the St. Lawrence”, in collaboration with Samuel Côté in 2013. In 2014, the Maritime Museum of Quebec is added with the team during the project “Acquisition of knowledge on the wrecks of St. Lawrence”. We make a point of thanking the Ministry for the Culture and the Communications of Quebec for their financial aid at the time of this second project. The main objective is to document the actual state of the wrecks of the St. Lawrence and to support the diffusion and the development of the underwater archeological heritage in Quebec.

Montmagny_3D by sylvain gautier with Sketchfab