The Fish Monitoring Network (FMN) is a St. Lawrence fish monitoring program operated by the Ministère des Forêts, de la Faune et des Parcs. FMN samples standardized and reproducible data upon fish populations in order to assess the health status of the St. Lawrence River freshwater sectors and its main tributaries (Figure 1). These official data were produced as part of the St. Lawrence 2011-2026 Action Plan. As the river is of such a large scale, it takes approximately six to seven years to inventory all sections between the Ontario border and the upper estuary. Three cycles of sampling were carried out between 1995 and 2011 (Table 1).

These fundamental data serve a wide range of purposes and do so in giving sustenance to research and management decisions regarding the St. Lawrence ecosystem: 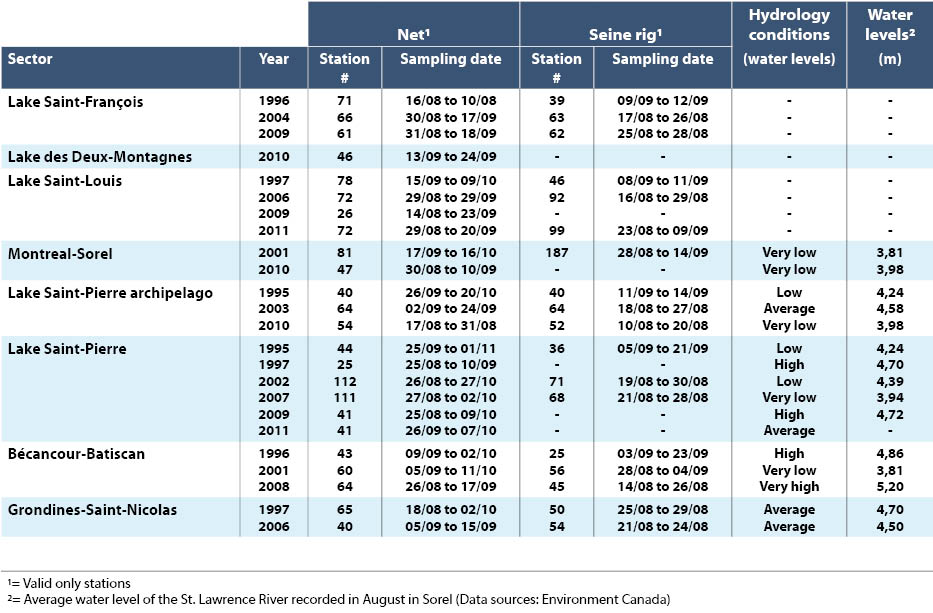 Table 1. Efforts deployed in the framework of the fish inventory network (FMN) in relation to the various sectors of the St. Lawrence River, on a yearly basis. Hydrological conditions during sampling are also presented for informational purposes.

The initiative of the fish monitoring network (FMN) generates many benefits both from a scientific and from a socioeconomic standpoint, as well as being influential on the international forefront. The knowledge gained from sampling activities has already enabled the production of several management plans, research reports, scientific papers and major oral communications. It also serves in regard to impact studies, legal expertise (fish habitat) and for wildlife notices (legal permits, consultations, restoration projects, etc.) in account of the regions bordering the St. Lawrence River.

Achieving FMN and FMNLV is, among others, made possible by the tariff revision of hunting licenses, fishing and trapping.